Root's innings helped England to score 575 runs on the board.

Joe Root, the Yorkshire and England‘s middle-order batsman went onto make his first double ton of his career against Sri Lanka in the first Test at Lord’s. With that he became the fourth youngest batsman to score a double ton in the history of English cricket. Len Hutton was the youngest to amass a double ton. It was also the second time a batsman from England scored a double ton against Sri Lanka. The only other batsman to do so was Jonathan Trott at Cardiff in 2011. The innings by Root was his highest score as well. His previous highest of 180 was against Australia at Lord’s in 2013.

The last time someone scored a double hundred for England was Ian Bell and that came against India at the Oval in 2011. Root played a fine knock. He started his innings on a sedate note and then, played his shots. He was well supported by the likes of Matt Prior, Moeen Ali, Stuart Broad and even Liam Plunkett.

Actually, on the first day it was Root who held the innings together by showing good defence. Once set, he looked to come forward and that helped him to keep Sri Lanka’s pacers, who were were bowling a full length to him at bay. It has to be said that it was Root’s innings that helped England to come out of a spot of bother. 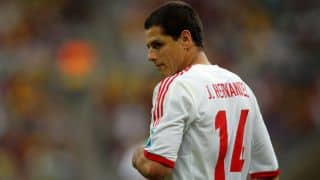