Joe Root reveals that how he fails to understand how he does not get to hundreds and ends up getting out in between scores of 50-98.

London: England prolific batsman Joe Root has stated that he fails to figure out why he doesn’t convert his fifties into centuries more consistently.  The 25-year-old has notched up a total of four centuries since the beginning of 2015, but he has been dismissed between 50 and 98 on his 13 more appearances later on.  “You are always striving to get better, and it’s an area that over the last few months has been very frustrating for me because I am playing well, but you don’t win games with 70s and 80s. You want to make sure you cash in,” Root was quoted as saying by ESPNcricinfo. ALSO READ: England vs Sri Lanka 2016: Hosts to remain unchanged

Root’s most recent dismissal came in the first innings of the second Test against Sri Lanka when he got into a tangle against pacer Nuwan Pradeep and got dismissed for 80, the incident which he described as a car crash. Reflecting on the same, Root admitted that it was the area where he needs to improve, adding that he would make sure not to repeat the same mistake in future.

“I feel my game is in a good place, I’m moving well. If anything maybe I get slightly complacent for the odd ball, sometimes you get away with it and it goes unnoticed and sometimes it catches up with you and you are made to look very silly. I don’t think that’s the case, but it may come across that way. I’m working really hard and it’s something I want to address,” he added.

Despite the issue of reaching three figures mark on fewer occasions, Root’s performance has developed immensely over the last two years, which also saw him score a double century against Lanka at the Lord’s Test in 2014.  Root will now head into the third Test against Lanka, starting from Thursday at the Lord’s 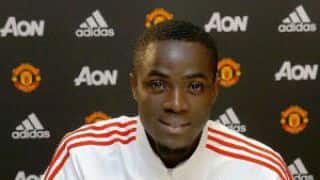 Euro 2016: Daniel Sturridge insists he wants to play and not sit on bench