Root has been adamant and determined, as usual, to prove that he is as good a T20 cricketer as anyone on the circuit, particularly after his exclusion from the national squad sometime earlier

Joe Root has been disallowed to participate in next year’s IPL by the England and Wales Cricket Board in view of the Ashes that takes place in August and September of 2019. Although he has been granted to take part in Australia’s Big Bash League of 2018-19, where he is going to feature for Sydney Thunder along with teammate Jos Buttler. This would be in the interim period between the tours of Sri Lanka and the West Indies.

England team management and the board are conscious of heavy workloads ahead of a gruelling home season in 2019 when both the ICC Cricket World Cup and Ashes would take place in England. In view of these important events, Root has been told that he cannot put himself forward for any places that may become available in IPL squads for its 2019 edition, as reported by the Dailymail. This will purportedly give Root more time to prepare for an intense season of cricket and not take a heavy toll on him as well.

There are debates which are doing the rounds regarding Root’s participation in T20 franchise cricket since his elevation as England skipper. There have been talks which seem to suggest that Root will do well to concentrate on his batting and sharpening his captaincy skills rather than bothering about the travails of T20 cricket. But Root has been adamant and determined, as usual, to prove that he is as good a T20 cricketer as anyone on the circuit, particularly after his exclusion from the national squad sometime earlier.

It is curious enough that the same rule does not apply with Jos Buttler, even though he is also playing all the formats currently. Both the players would look to perform well in the Big Bash league of 2018-19 and prove their worth as gritty customers ahead of a gruelling season next year which includes the World Cup and the Ashes. 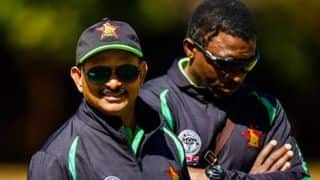