England have been bouyed by Joe Root early on Day Three as he has scored his fifth Test century. The fifth Test at The Oval is now firmly in England’s control and after England had lost a few wickets in the middle of Day Two, Root guided them and has ensured they score above 400. England’s lead is now over 250.

Root is one of the most promising batsmen in the England team and has led their charge in the Test match. On Day Three, he resumed at 92 not out and has scored the runs very easily as he has picked them through the leg-side. The Indian bowlers have not been able to stop the flow of runs. However, they just lost the wicket of Chris Jordan. England are now 400 for eight. 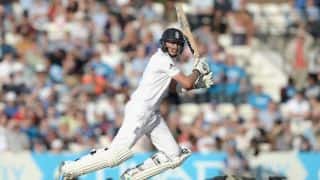