Root is at 16th position in rankings with 679 points whereas Pietersen is at 18th with 654 points.

After his brilliant match saving hundred in the second innings of the first test between England and India at the Trent Bridge, Joe Root now has overtaken Kevin Pietersen and became the highest ranked English batsman in the ICC Test batsman rankings.

Root is now at the 16th position in the rankings with 679 points whereas Pietersen is delegated to 18th with 654 points. South Africa’s run machine AB de Villiers is leading the list with 922 points followed by Sri Lanka’s Kumar Sangakara and new Proteas Test captain Hashim Amla.

Among Indians Cheteshwar Pujara is the top ranked batsman. He is in the eighth position with 812 points followed by Virat Kohli, who is at 13th position with 733 rating points. 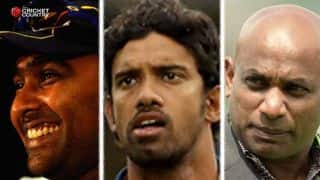