England skipper Joe Root is hoping that Alastair Cook, who will retire from international cricket after the India vs England Test series, scores a century in his final Test at the Kia Oval.

England skipper Joe Root is hoping that Alastair Cook, who will retire from international cricket after the India vs England Test series, scores a century in his final Test at the Kia Oval.

“I hope he (Cook) soaks up everything that comes this week and go out and score a century,” Root told reporters ahead of the fifth and the final Test.

“He is the most down-to-earth superstar you will ever see. He has time for everyone, he is not just great for his runs, but as a person as well. It’s sad, but we understand. To play for 12 years, his record, especially in these tough conditions for the majority of it, not many in the world can match that,” said Root about the England legend.

Cook,33, is set to retire as the England player with most Test caps (161) and will look to extend England’s leading run-scoring tally, which currently stands at 12254 runs.

Earlier, Root had announced an unchanged XI from the Southampton Test with Jonny Baristow set to take over wicketkeeping duties.

“He has been the Test keeper for some time. It is no reflection of how Jos kept. It is also long term looking at the team’s schedule in all international cricket. Jonny deserves the opportunity to keep wicket,” Root told reporters at the pre-match presser.

However, after a scores of 15,0,6,0 in the last two Tests, Bairstow is under pressure to score some runs.  “Jonny will have to keep working hard, and keep improving. It is not just keeping, but his whole game,” said Root.

The 28-year-old Yorkshrieman otherwise has had a good 2018 in Tests scoring 466 runs at an average of 52.35 in 16 innings, second best among England batsmen after Root. 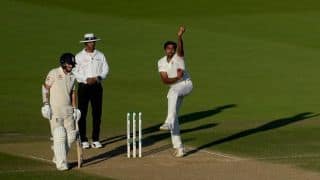 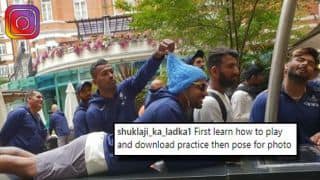