Joe Root has opted to stay back home as the coming of the England team in India clashes with the possible arrival date of his child.

Joe Root is all set to miss the initial few games of the three-match One-Day International series between England and India. England will clash in the first ODI against India on January 15 at Pune. Root and his girlfriend Carrie Cotterell are expecting their first child. Root was England s leading run scorer in the recently-concluded Test series against India, which the latter won by 3-0. Root has been a prolific run-scorer for England against India as he remains the only one who has got a lot of runs in their last two meetings. With his girlfriend Carrie in her final stage of pregnancy, Root will want to stay back with his newborn child.

As reported by Deccan Chronicle, Root has opted to stay back as the coming of the England team in India clashes with the possible arrival date of his child. The England and Wales Cricket Board (ECB) are yet to make an official announcement regarding about Root s delay in joining the team. Root, the night before travelling to India for the ICC World T20 2016, had asked Carrie about getting engaged. Root and Carrie had been dating each other for almost two years before the English batsmen Root finally decided to ask her to marry him.

Both England and India will also feature in three Twenty20 Internationals (T20Is) after the ODI series. The Maharashtra Cricket Association (MCA) had earlier announced that tickets for the first ODI match at the MCA s International Stadium in Gahunje, Pune, had been sold out. Ticket sales for the day-night fixture commenced on December 15 and were sold out in 12 days. The other two ODIs are to be played at Cuttack (January 19) and Kolkata (January 22). 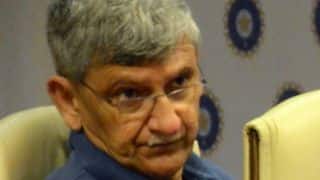