England skipper Joe Root is reportedly riled up with the idea of a pre-match handshake between England and Australia team members ahead of The Ashes 2019 opener at Edgbaston, Birmingham on Thursday.

According to a report in The Guardian, Root and coach Trevor Bayliss were surprised to hear the inclusion of the routine as part of the running order ahead of the start of the 1st Test during a meeting with match referee, Ranjan Madugalle.

Australian skipper Tim Paine was inspired by the football-style handshake routine as part of the cultural shift for the Australian team after they were embroiled in the match-fixing saga at Cape Town in 2016, leading to suspensions to David Warner, Steve Smith and Cameron Bancroft and a major shake up in the Australia Cricket setup.

Also Read: ENG vs AUS, 1st Test, The Ashes 2019, England vs Australia LIVE streaming: Teams, time in IST and where to watch on TV and online in India

However, as per the reports Root feels it is purely a Public Relations move and hence his reservations to the move.

“Root, while not looking to stoke up ill-feeling between the teams, is said to be less than convinced of the necessity for what is essentially a PR move, not least since it does not take place before any other Test series. It now remains to be seen whether the England captain reluctantly complies and the handshakes take place before play,” the report stated.

Interestingly, England ODI captain Eoin Morgan had agreed to the routine when They played against Australia last summer. 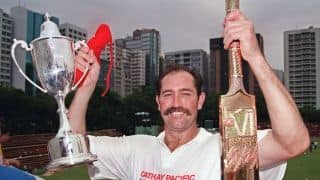