England's fresh new Test skipper Joe Root has recently stated that he did not have the best of his experience during his first Ashes series in Australia.

England‘s fresh new Test skipper Joe Root has recently stated that he did not have the best of his experience during his first Ashes series in Australia. However, he has recently promised that England will be better prepared for the upcoming Ashes 2017-18, to be played Down Under. Root, who travelled to Australia as a promising young English batsman, had a terrible experience, as England were whitewashed 5-0, while he said that he was completely shattered with his first experience Down Under. Although Root performed decently with an 87 in 3rd Test at Adelaide, he was dropped after he scored just 30 in the fourth Test. Joe Root believes city-based English T20 event be shown on free-to-air TV

“That first Test match at Brisbane, when I walked out to bat, I think it did it hit me quite hard. It was like I walked into a conservatory door: I was not aware at all that it was there. For large periods of that trip, I was spending my time and energy working on things that other people said I needed to work on; getting forward; a bigger stride; getting into the ball. But in reality, they were bowling 95mph bouncers, so it was pointless. But I will be slightly more aware this time. I won’t be caught cold. I know what to expect from what can be quite a hostile environment,” said Root, reports ESPNCricinfo.

“I think it’s very important that the guys that haven’t been there get a good idea of what it can be like. They shouldn’t be afraid of it. They should try to embrace it and enjoy it. It’s not always easy to enjoy it, but that tour is a great opportunity for this team. I think I’ve done all my learning from that tour already. I came back from it and thought: just strengthen all the things that have served you very well for long periods of time and slowly but surely work on the rest of it. From that I gained a lot of confidence. It was a really good way, from being in quite a difficult spot, of feeling good again,” added Root. ECB chief Tom Harrison requests Joe Root and Eoin Morgan to play brave cricket

Root also stated that England need to score heavy in order to stand any chance to give a stern competition to the Aussies Down Under, and that his individual performance would matter a lot, now that he is the captain.. “I’ve had a lot of people provide quite similar advice. But the one thing that’s really stuck out is ‘just make sure you look after your own game and concentrate on scoring as many runs as possible. That might come across as quite selfish. But I think it’s going to be very important for me, mentally as well, to put in the work and set the right example when the opportunities arise,” he said.

Speaking of the responsibility as a skipper, and if he would be able to handle it, he said, “They are great examples of taking that responsibility and making it a real asset to their games. It’s a good opportunity for me to do exactly the same. Over the last couple of years my consistency has been fantastic. But between 50 and 100 there have been far too many occasions when I have got out.” Pleased vice-captain Ben Stokes backs Joe Root as captain

“On a few occasions I have been got out, but the majority of the time it has been a lapse of concentration and that’s not good enough. I’m going to have to make sure that moving forward I set a really good example by going on and trying to make sure I make the most of those good starts and be a little bit more ruthless. In the past, the more responsibility I’ve been given, I’ve generally responded well to it. Hopefully that will be the same,” he added.

Root alsos stated that he was confident of England playing tough cricket in the Ashes 2017-18. “There have occasions in the past when we probably have folded a little too easily. I don’t think there was too much bad blood in our series against India. There were a few of our guys who were quite passionate and vocal and Virat and a few of his guys were the same. If you understand and respect that and you don’t take it too far and make it personal then I don’t know what the issue is, he said.

“There’s nothing wrong with going and having a beer after the game. It is quite nice actually, if someone has really laid into you for five weeks and then you go up to them with a beer and make them feel really uncomfortable. It’s quite good when you can ask them some difficult questions like ‘how’s the missus? How’s the kids?’ And see how they respond to it. It is good that we are open to that as a side and hopefully other teams are as well,” he concluded. 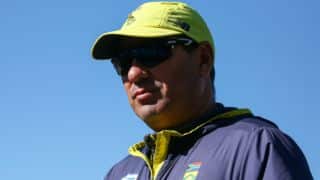 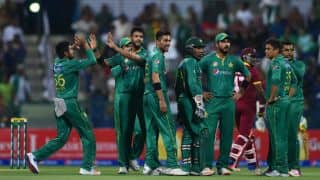