On the eve of their second Test against New Zealand in Christchurch, the last match of an arduous tour, Joe Root cited a different atmosphere between the two sides.

New Zealand’s cricket ethos drew praise Thursday from England captain Joe Root as he weighed up the difference between playing New Zealand and Australia over the past four months.

On the eve of their second Test against New Zealand in Christchurch, the last match of an arduous tour, Root cited a different atmosphere between the two sides.

While the Ashes series in Australia was fraught with acrimony, the relationship between England and New Zealand was cordial throughout the first Test despite New Zealand’s domination.

“In terms of atmosphere on the field there might not be as much said verbally when you play against New Zealand.” he said.

“But you still get a sense that they’re playing good hard cricket. They go about things very much in their own way but you know you’re up against a side that are desperate to win.

“I’m not saying Australia don’t bring that to the table when you play against them, but it is a different atmosphere in my experience.”

New Zealand’s first Test victory and preparations for the second Test have been overshadowed in the news media by saturation coverage of the Australian ball-tampering scandal in South Africa.

Cricket Australia have banned David Warner and captain Steve Smith from all international and domestic cricket for 12 months, and Cameron Bancroft for nine months.

Smith has been banned from the captaincy for at least two years, while Warner has been told he will never lead an Australia side again.

Root described the penalties as making a statement to the cricket world.

“The reaction that has been going on has been all to do with how people want to watch cricket so I think it’s been quite a strong message for everyone,” Root said, adding he was satisfied with how England played the game.

“We conduct ourselves pretty well on the field. I think you can see that throughout this series. The relationships between England and New Zealand have been pretty good for a number of years and the same with the majority of countries that we play against.

“We want to play good hard cricket which is obviously within the guidelines of the game and it’s important that we continue to do that.”

England go into the final Test against New Zealand needing a win to square the series and snap a 12-match away streak without a win. 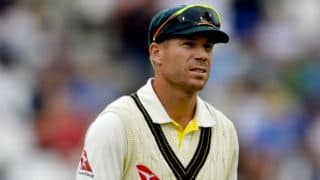 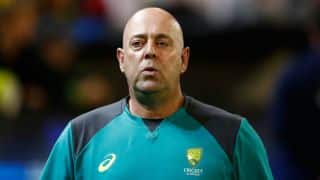