Joe Root‘s sparkling ton helped England take a huge 338-run lead against India on Day Three of the fifth Test at The Oval. Root smashed 149 not out to help England score 486 and they would now want to press for an innings victory by bowling India out.

After bowling India out for 148 on Day One, England started off positively with Sam Robson and Alastair Cook in the middle. Robson was playing for his place as he has had quite a struggle since the first Test. And, he did look a lot better and ended Day One on 33. Cook was solid too.

The next day, Varun Aaron castled Robson early in the day for 37. The opener will now pray to hold on to his spot for the next summer. However, that did not affect England as Cook and Gary Ballance as they put up a solid stand. Cook pulled with power, whereas Ballance, drove through the off-side. They were also helped by the Indian slip fielders. Cook was dropped by Murali Vijay at first slip off Aaron. Ballance was dropped by Ajinkya Rahane off Ravichandran Ashwin.

In tandem, Cook and Ballance took England ahead of India’s total. The only time India felt they were in the game was during the afternoon session on Day Two. Aaron dismissed Cook, Ashwin broke his overseas drought by dismissing Ballance and then had Moeen Ali as well. Ishant Sharma then got Ian Bell cheaply. At tea on Day Two, it looked like India had a sniff as England were five down and were only 98 ahead.

However, after tea, England took control again, courtesy Root and Jos Buttler. The duo played attacking strokes and ensured England recovered. India were put under pressure again. The biggest problem for India was the slip cordon, as they kept leaking runs through there. Some edges also flew through the gaps there. They also conceded a lot runs through third-man.

Though India did pick up a couple of wickets later in the day, root shifted gears and smashed the bowling to all-parts. In the last one hour, he scored over 40 runs and finished Day Two in the 90s.

As Day Three resumed, it was Root who took control and got his ton. Stuart Broad joined him and in tandem, they took on the bowling and milked runs. Broad scored runs at faster than a run-a-ball.  Though India bowled short, he pulled with disdain and attacked that tactic. Eventually, he was dismissed off a short ball, but by then he had smashed 37 off 20 balls. Root continued to battle until Anderson was dismissed. He finished unbeaten on 149. 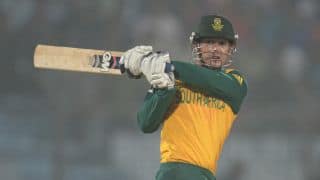 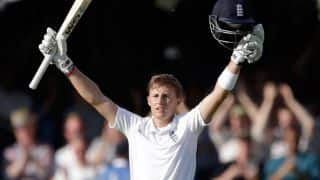