John Hastings had to fly home in the middle of the IPL 2016 due to his injury.

Australian fast bowler John Hastings was Wednesday ruled out of the upcoming One-Day International (ODI) tri-series tour of the West Indies with an ankle injury and will be replaced by Scott Boland. Hastings, 30, hurt his ankle during the Indian Premier League (IPL) and returned home for scans which revealed he needed surgery to remove bone spurs. “John had this surgery over the weekend and now requires a period of rest to resolve the bone stress and recover from surgery before he will resume bowling,” said Cricket Australia medical official Alex Kountouris. Boland joins a pace attack that also features Mitchell Starc, Josh Hazlewood, and Nathan Coulter-Nile. READ: Kolkata Knight Riders’ (KKR) John Hastings ruled out of IPL 9

Australia begin the tri-series in Guyana on June 6 against South Africa before facing the hosts four days later at the same venue. The round-robin tournament sees teams play three matches against each opponent, with the top two advancing to the final on June 26 in Barbados. READ: Australia’s dressing room culture stronger after Steven Smith took over: John Hastings

Hastings was part of the Indian Premier League (IPL) team Kolkata Knight Riders (KKR), where he sustained this ankle injury. Hastings was injured before the start of the IPL 9 game between Kolkata Knight Riders (KKR) and Mumbai Indians (MI), during a training session. KKR have requested for a replacement for the burly Australian cricketer, which will be announced only after getting clearance from the IPL technical committee.

Hastings’ replacement has not been named yet, but KKR coach Simon Katich says that they have someone in mind already “We have looked into it. We have sent off the paperwork. Nothing has been confirmed regarding the player concerned. Hopefully that’ll happen in the next few days. We have sent out the paperwork to BCCI, we’ll just have to see what happens,” as quoted by espncricinfo.com.

“It’s someone that we had already looked at in the auction. Obviously, we did get John. He [Hastings] was right up there on the priority list when we went for the auctions. We didn’t know if it was going to come through or not so we had a few other names in mind. We’ll find out if it comes through,” Katich said when pushed about the possible replacement. Amit Mishra and Imran Tahir in action is like double-edged sword, will be the pair to watch out for 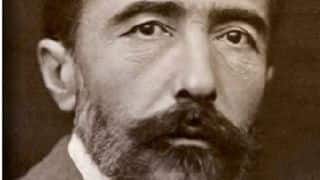