Trott’s return would be confirmed when England name their squad to tour the West Indies.

London: Former England batsman Jonathan Trott‘s is on the verge of a return to the Test cricket arena following 16 months of absence due to a stress-related illness and his return would be confirmed on Wednesday when England name their squad to tour the West Indies next month.

Trott’s name would be the most eye-catching addition in a 16-strong touring party and increases the pressure on Sam Robson, who is nominated to be in the opening slot alongside captain Alastair Cook.

Trott, who came through a season with Warwickshire in one piece and impressed selectors when leading the recent England Lions tour to South Africa, has been asked to prepare himself to open for England this summer with a Test series against New Zealand followed by the Ashes, The Daily Express reported.

However, Trott’s selection might reportedly not be met with universal praise given the messy manner in which he left from the scene following the first Ashes Test in Brisbane of the winter of 2013-14.

The batsman claims he has re-established his equilibrium and even claimed a rematch with Mitchell Johnson and the even more devastating Mitchell Starc in the summer holds no fears, the report added. 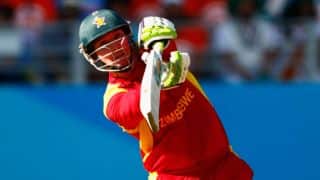