Jonny Bairstow should not rush back from his injury: Matt Prior

Jonny Bairstow should not rush back from his injury: Matt Prior

Bairstow made way for Ben Foakes, who scored a ton on Test debut to become only the second England 'keeper after Prior to reach the feat.

Former England wicketkeeper Matt Prior can understand Jonny Bairstow s plight after an ankle while playing football during a training session ruled Bairstow out from the last two ODIs of the five-match series against Sri Lanka which England won 3-1, and the first Test at Galle.

Bairstow made way for Ben Foakes, who scored a century on Test debut to become only the second England wicketkeeper after Prior to reach the feat.

“You don’t want to rush back from the injury he has,” Prior told ESPNCricinfo on Wednesday.

Prior, who scored 4099 runs in 79 Tests at an average of 40.18, ended his career playing through an Achilles problem that only fast tracked his retirement in July 2014 when he played his last Test at Lord s against India.

“I’ve learned from experience and unfortunately, I couldn’t come back from it,” Prior said.

“There is the bravado of ‘Oh, I’m playing for my country, they’re going to have to wheel me off’. But it doesn’t get you very far, quite frankly. You’d rather go away, give yourself that extra week to come back fully fit so that you can perform at 100 per cent. Not only for yourself, but for your team.”

Meanwhile, England are left with a good selection headache with Foakes claiming stake for a spot behind the stumps after his debut ton. But Prior believes that it would be harsh to leave out Bairstow if he is fit for the second Test which begins on November 6 at Pallekele.

“We’re very quick to forget Jonny has been one of England’s standout performers over the last couple of years. He’s a phenomenal talent and I don’t think we want to look a gift horse in the mouth. Jonny, fully fit, would have played this Test match, probably would have performed well, done well with the gloves and scored runs and we wouldn’t be having this conversation. I think it would be harsh not to pick him, he said.

“You want to remember what a good player Jonny Bairstow is. If he is fully fit, then he should come back in to the team. Whether he keeps wicket, that’s a whole other conversation. Who knows? That will be based on the balance of the team.

“The selectors have given themselves a nightmare by bringing Foakes over here in the first place. How are we going to play, potentially, Bairstow, Jos Buttler and Foakes in the next Test? I haven’t worked it out yet. The only thing I can come up with is if Ben Stokes then moves up to three, you have Joe Root at four and Bairstow, Buttler, Foakes, Moeen Ali, Sam Curran. That’s quite a batting line-up. 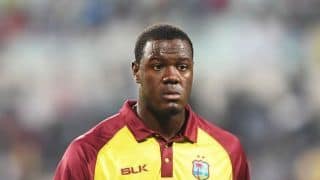