Surprisingly, Jonty Rhodes' 'perfect moment' is not the famous run out of Inzamam-ul-Haq.

The value of a cricketer used to be measured in two basic terms, batting or bowling. But then came one name into the international arena and changed the outlook- the name is Jonty Rhodes. The South Africa fielding legend, after an illustrated career, has now come out to reveal his ‘perfect moment’ in his career. Rhodes is currently the fielding coach of the Indian Premier League (IPL) franchise Mumbai Indians (MI) and is in India and he has stated that surprisingly, it is not the famous run out of Inzamam-ul-Haq, but against West Indies. READ: Jonty Rhodes — what if the famous leap to run-out Inzamam-ul-Haq hadn’t come off

Rhodes revealed to Times of India, ” Most people would think my perfect sporting moment would be my flying run out of Inzamam at the 1992 World Cup but, to be honest, it was such a tight decision that Steve Bucknor gave in my favour and he could just as easily have said not out. My perfect moment took place in a Hero Cup match in 1993 against the West Indies at the Brabourne Stadium. I caught five of the five catches that came to me that day, and to be honest, two of them I had to go and “fetch“ at full stretch. This was on a terribly hot and humid Mumbai day and, with the amount of sweat dripping off me, it was a miracle that these catches didn’t spill from my grasp.”

“Five catches in a match is still a world record for the number of catches taken by a fielder in a 50-over match, and 23 years later, it is hard to believe it is still standing.I am not really attached to that “perfect moment“, as I am sure that with the standard of fielding nowadays, and the way the batsmen are prepared to go for sixes, even with fielders on the boundary, that somebody will take six, soon! I never went seeking perfection as in our game there are too many elements beyond our control, but what I tried to ensure was that I practised with the same intensity with which I played a match. I would strive for perfection in the process, not the outcome,” he said.

Rhodes added, “There was only one way to prepare for these kind of catches: set up a “goal“ that consisted of two plastic markers five metres apart, and ask a team-mate to try and hit the ball past me. I called it my “goal of reckoning“, as I “reckoned“ they would never get a single ball past me. This competitive nature, even at practice, allowed me to dive around the field in matches, and take some winning catches.” 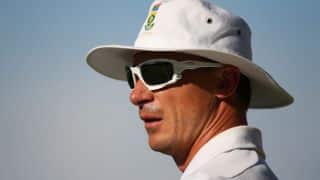 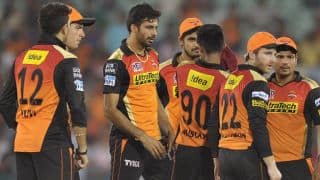