England wicketkeeper Jos Buttler scored the fastest One-Day International century by an England players when he hammered a ton in 61 balls. Buttler eclipsed Kevin Pietersen’s unbeaten 100 in 69 balls against South Africa in 2005. Buttler achieved this feat in the fourth ODI against Sri Lanka at Lord’s on May 31, 2014. Buttler was dismissed for 121 scored in 74 balls which included 11 fours and four sixes.

England lost the match by a narrow margin of seven runs thanks to Lasith Malinga’s heroics. Buttler came in when England were in tatters. While the rest of the batting faltered, the wicketkeeper-batsman scored at ease to take England closer to the 301-run target. With 12 needed in the last over

Fastest ODI tons by an England player in ODIs 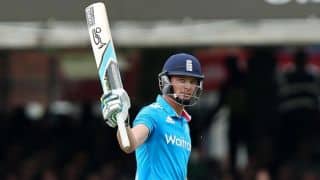 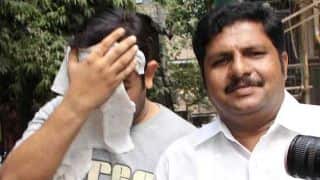