It happened when Padikkal was on song in the middle and nearing his maiden ton. 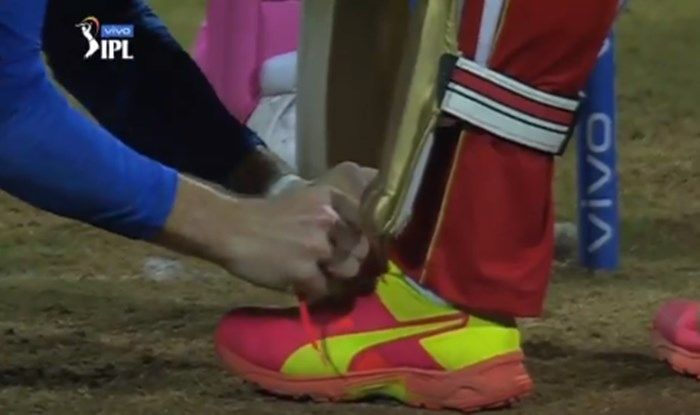 The Indian Premier League has over the years brought cricketers of different countries together and in a way helped reduce sledging – at least to some degree. On Thursday, during the RCB versus RR game, Jos Buttler gave a glimpse of his big heart. Buttler tied Devdutt Padikkal’s shoelaces during the match and that is winning hearts. It happened when Padikkal was on song in the middle and nearing his maiden ton.

Here is the video that has gone viral:

Meanwhile, Padikkal slammed his maiden century in the Indian Premier League to power his team to a comprehensive 10-wicket victory over Rajasthan Royals in Mumbai.

Young Padikkal played aggressively in the 178-run chase to put pressure on Rajasthan Royals bowlers and completed his ton in just 51 balls to score the fastest century by an uncapped player in IPL history.

Padikkal’s 101*-run knock was laced with 11 fours and six magnificent sixes as he also became only the third uncapped player in IPL to slam a century. Manish Pandey was the first uncapped player to achieve the milestone in 2009 while playing for Royal Challengers Bangalore. While Paul Valthaty did it in 2011 for Punjab Kings (then Kings XI Punjab).

Calling it ‘special’, Padikkal reckoned the wicket was good to bat on and admitted that it would not have mattered to him if he did not get a hundred as RCB won.

“To be honest it’s been special, all I could do was wait my turn. When I had Covid all I wanted was to to come here and play, and when I missed the first one it really hurt me. The wicket was coming on really well, and when we get into a partnership like that it gets easier. No real tension when the hundred came, I told Virat to go for it. At the end of the day even if I didn’t get a hundred it wouldn’t have mattered to me if the team won,” Padikkal said. 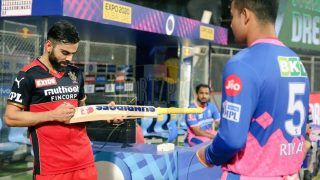 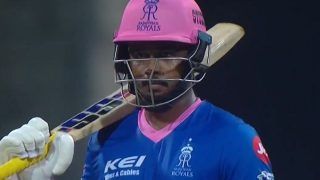 IPL 2021: Sanju Samson Lashes Out at RR Batsmen After Loss Against RCB, Says 'Need an Honest Review About Our Batting'