After being named as the joint Test vice-captain along with Mitchell Marsh, Australia pacer Jos Hazlewood has made it clear he has no desire to become the captain one day.

After being named as the joint Test vice-captain along with Mitchell Marsh, Australia pacer Josh Hazlewood has said that the fact that he has no desire to be promoted as captain makes it easier for him to forge a good relationship with Tim Paine.

“With no aspirations to be captain you can have a really good relationship there. Then Mitch and myself can do everything we can to make Painey’s (Paine) job as easy as possible,” Hazlewood was quoted as saying by foxsports.com.au on Thursday. “Having someone as vice-captain who’s not necessarily aspiring to be captain — that’s the position I find myself in, I think. I can really contribute as a leader and as a vice-captain without pushing that next level.”

Hazlewood said the shared responsibilities will work out well for the team considering the amount of cricket Australia are going to play. “I think it will work well. It’s obviously a bit different but it’s modern times I guess. Through the amount of cricket we’re going to play, and myself as a quick whether I’m missing games or resting, it’s good to have one in the team who can step up on that occasion,” the 27-year-old said.

So who – Hazlewood or Marsh – replaces Paine in case of injury or if he’s dropped? “I guess that’s an interesting one. If that does happen then I guess we’ll have to talk about it. But Mitch has obviously done a lot of captaincy in the past for Western Australia and even through the junior levels. I wouldn’t mind filling in for a session or two here or there. I think it’s tough on a cricketer to be a full-time captain,” he replied. 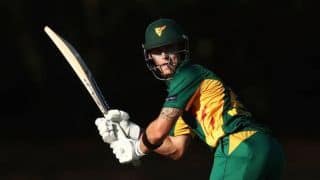