Josh Hazlewood, Pat Cummins out of Australia's Test series with Pakistan in the UAE

Josh Hazlewood, Pat Cummins out of Australia's Test series with Pakistan in the UAE
By CricketCountry Staff

Australia will be without two of their most important bowlers during the two-Test series against Pakistan in the UAE starting October, with Cricket Australia (CA) announcing that Pat Cummins and Josh Hazlewood still required rehabilitation time as they work their way back from injuries.

A media release from CA Thursday stated that Cummins and Hazlewood, who have been sidelined by lumbar bone stress injuries, should be ready by the time South Africa arrive in November for an ODI series. Mitchell Starc, said CA, was fit and ready for selection for the UAE tour.

Pat and Josh are progressing well from their lumbar bone stress injuries but are not bowling, so unfortunately they will not be at the level required for Test match intensity come October, said Australia physiotherapist David Beakley. Barring any setbacks, we are hopeful that Pat and Josh will return via the back-end of the JLT One-Day Cup, with the aim of them being available for the ODI Series against South Africa in November as they build towards the Indian Test Series. On a positive note Mitchell Starc is back to unrestricted training and remains on track for the Test Series against Pakistan.”

Since Australia s last test series win in Asia – against Sri Lanka in 2011 – they have won just two out of 15 Test matches, which included a 0-2 loss to Pakistan in the UAE and a surprise defeat to Bangladesh in 2017. 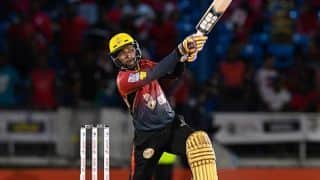 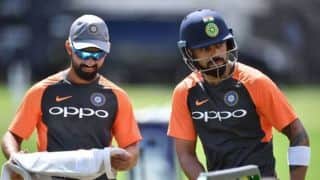 India vs England 2018, 2nd Test, Day 1 Live Streaming: Teams, Time in IST and where to watch on TV and Online in India