Hazlewood had an impressive series against Pakistan, in which he finished with 15 wickets in 3 Tests, and maintained an economy of 1.99.

Josh Hazlewood has been rested for the first ODI between Australia and Pakistan, to be played at The Gabba in Brisbane on January 13. Hazlewood, who finished the three-Test series between the two teams as the leading wicket-taker from either side, has played in all 6 Tests of the Australian summer. He has been rested keeping in mind the workload that he has had over the last few months, wherein he bowled a little over 300 overs compared to Mitchell Starc s 292.2 overs in the two home series against South Africa and Pakistan. Australia coach Darren Lehmann has clarified Hazlewood is not carrying any niggle, and has just been given some time off.

Hazlewood had an impressive series against Pakistan, in which he finished with 15 wickets in 3 Tests, and maintained an economy of 1.99. Hazlewood bowled an impressive 40 maiden overs in the 3 Tests as Pakistan batsmen struggled miserably against his probing line and lengths. Hazlewood will be joining the Australian side on January 15 ahead of the second ODI. “Josh has got through a heavy workload during the home summer so far and in the past two months he has sent down almost 300 overs across two Test series against South Africa and Pakistan, as well as three ODIs against New Zealand,” Lehmann was quoted as saying by cricket.com.au.

Lehmann continued, “He s not injured but we have decided to give him a week to freshen up at home and he will link up with the ODI squad in Melbourne ahead of the second match of the series, although if one of our other fast bowlers picks up an injury in the run-up to Friday s first game at The Gabba then he could be called up to slot in.”

Australia had included a rookie pacer in Billy Stanlake, and with Hazlewood rested for the first ODI, there are chances that he may make his ODI debut at The Gabba on Friday. However, there are other senior pacers in Starc and Pat Cummins who will form the new ball pair and it remains to be seen if Australia decide to go in with three seamers. 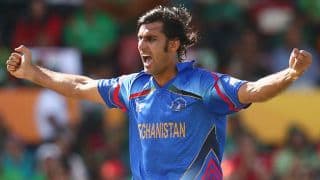