Currently, Delhi Daredevils are 110 for the loss of six wickets in 16 overs with Albie Morkel on 43. 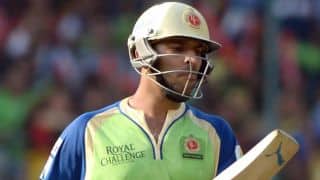