Jacques Kallis guided South Africa to a seven-wicket win over World Twenty20 champions England in the first Twenty20 international at Chester-le-Street on Saturday. 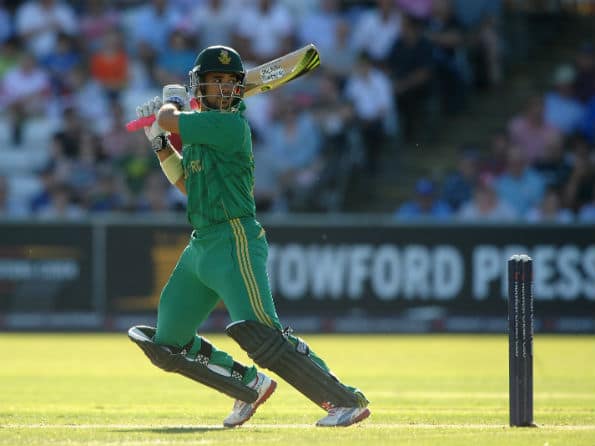 Jacques Kallis guided South Africa to a seven-wicket win over World Twenty20 champions England in the first Twenty20 international at Chester-le-Street on Saturday.

The Proteas were in trouble at 29 for three, chasing a seemingly modest 119 for victory.

But opener Kallis, returning to international duty after being rested from the drawn one-day series between the two countries, made 48 not out of 44 balls with seven fours.

Together with left-hander JP Duminy (47 not out), he shared an unbroken stand of 90 in 91 deliveries as the Proteas, who won with an over to spare, went 1-0 up in a three-match series ahead of this month’s World Twenty20 in Sri Lanka.

De Villiers, who helped Hashim Amla add 172 in South Africa’s seven-wicket win in the fifth ODI at Trent Bridge on Wednesday which squared that series at 2-2, was then caught behind by Craig Kieswetter, a former Proteas junior international, off South Africa-born seamer Dernbach for 10.

South Africa were now 29 for three and England, all but out of the contest at the mid-innings break, were now very in the game.

But if South Africa could produce one decent partnership bat they would win and in world class all-rounder Kallis and left-hander Duminy they had the men for the job in the absence of the rested Amla.

England Twenty20 captain Stuart Broad, like Kallis rested from the one-dayers, brought back Finn in a bid to break the stand but to no avail.

Ultimately England’s 118 for seven — their third lowest total in this format — did not give their bowlers enough of a score to defend.

Meanwhile ever reliable fast bowler Dale Steyn took one for 13 in his maximum four overs.

At 85 for seven, England were in danger of posting their worst Twenty20 total before an unbroken stand of 33 in 27 balls between Broad and Graeme Swann, who both finished on 18 not out, gave them a foothold in the match.

No England batsman made more than opener Kieswetter’s 25.

England’s collapse started with a needless run out. Alex Hales, who made an England Twenty20 best 99 against the West Indies in June after replacing the still exiled Kevin Pietersen, charged down the pitch for a non-existent single and, turning back, was run out by Kallis’s direct hit on the stumps.

Kieswetter then fell when he was plumb lbw to Botha’s first ball. And Ravi Bopara, who averaged just 5.50 with the bat during the one-dayers fell cheaply in familiar fashion when he edged a good length Steyn delivery to Botha at slip.

Then a well-judged catch by Kallis saw Peterson dismiss Patel. The series continues in Manchester on Monday. (AFP)

PCB yet to decide over boycott of ICC Awards