Perth: Less than 12 months after realising his Test career was at the crossroads, South African batsman JP Duminy has embraced new responsibility in his team’s middle order. Duminy, 32, burst onto the Test scene in 2008 with a stunning start to his career, but has never quite fulfilled that early promise since. On debut, he made an unbeaten half-century as the Proteas memorably chased down 414 against Australia on the last day at the WACA in 2008. In his second match, he scored 166 at the MCG, which remains the best score of a 33-Test career which has never quite hit those heights again. FULL CRICKET SCORECARD: Australia vs South Africa, 1st Test at WACA, Perth

For so long in and out of the side batting in the lower middle order, Duminy believed his Test career was all but over when he was dropped from the side for their first Test of the year in January. He went away and analysed his own game and the reward was a promotion to number four in South Africa’s past three Tests, mainly due to the absence of star batsman AB de Villiers due to injury. Duminy rewarded the selectors when he posted a classy 141, his fifth Test century, against Australia in the first Test in Perth on Saturday to turn the match in his side’s favour.

“I was pleased with the opportunity, batting at four is something I have always enjoyed in domestic cricket and to be given the nod in such a crucial position in the team is a big positive for me,” he said. “I knew I had to step up and fill some big boots, with Jacques Kallis and de Villiers batting there before, and today was a step in the right direction.” Ashwell Prince: JP Duminy was considering retirement from Test cricket

Duminy conceded he started the year with huge questions marks over his future at the top level. He looked inwardly for the answers to his form issues. “There were indifferent feelings and I wasn’t sure where i was going in my career. The change came for me just before the West Indies tour, I sat down and reassessed where I wanted to go and reassessed my goals,” he said.

“Test cricket has always been a big part of my goal setting and I knew I was at a crossroads in my Test career. I wanted to leave my Test career knowing I had given it my all. I sat down and wrote a few things down about where I wanted to go and what I wanted to achieve, I’m 32 now.” 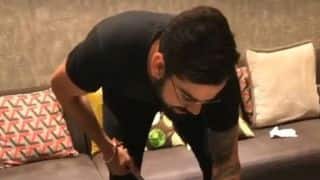 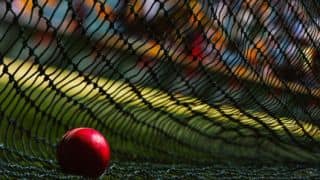