Junaid's fiance currently lives in Yorkshire but originally hails from the pacer's village in Pakistan.

Pakistan pace merchant Junaid Khan is set to marry a 17-year-old girl, Khansa Khan who originally belongs to Junaid’s village but currently resides in Yorkshire, England. With Pakistan enjoying a lengthy break from cricket before playing Australia in the United Arab Emirates (U.A.E) in September, Junaid has decided enter into a wedlock.

“I’ll be getting engaged on the coming Wednesday to Khansa Khan, who is the daughter of my father’s business partner in England,” Junaid told The Express Tribune from England.In recent years Junaid has been the lynchpin of Pakistan’s pace attack ever since his debut in 2011 and the left-arm has made for compelling viewing in Tests.  His jump-start bowling action has often been a discussion amidst commentators and cricket purists alike.

Junaid has represented Pakistan in 16 Tests, 46 One-Day Internationals (ODIs) and nine T20Is and has been touted to follow the footsteps of pace legend Wasim Akram. Junaid’s swing, pace and late movement has received glowing praises from Akram himself and World Cup winning captain Imran Khan. Junaid is currently in England is enjoying a fruitful spell in Lancashire in bowling-friendly English conditions. 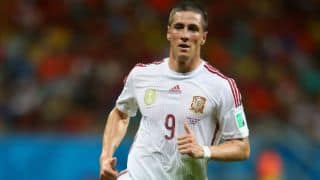