Why did MS Dhoni play RP Singh in England?

The sealed report of the Indian Premier League (IPL) probe committee submitted to the Supreme Court mentions the names of six Indian cricketers, including skipper MS Dhoni’s close friend RP Singh, who was questioned by the Delhi police during the investigations. The report, however, says that the names cropped up during the probe and that there is no evidence of their involvement. It has recommended further investigations.

Left-arm seamer RP Singh was one of the three top Indian cricketers named by accused S Sreeesanth during his interrogation. The sealed report states two bookies Ashwani Aggarwal alias Tinku Mandi and Chandresh Jain alias Jupiter named two India cricketers who were also allegedly involved in fixing. They claimed that these two international cricketers were in touch with Pakistan and Dubai-based members of the betting syndicate. The metropolitan police fell short of investigating the matter further.

The Justice Mudgal IPL probe committee report, which was submitted in the Supreme Court on Monday, states that Sreesanth had given them (Delhi police) information that three prominent players representing India were also involved with bookies and were getting flats and gifts from them.

“Curiously, the Delhi police failed to investigate all such players… Only one such player was summoned for questioning. No further action was initiated,” the report states. Sources in the Delhi police confirmed that RP Singh was summoned for questioning by investigating sleuths. However, the report has not levelled any charge against RP Singh or the other two players. It has, however, recommended further investigations.

The report further states that the Delhi police did not take such information forward and explained their conduct by saying that they had only limited information and that ‘bookies were generally in the habit of boasting’.

“It is difficult to accept such an explanation,” the report said. Even, Neeraj Kumar, then Delhi police commissioner, in his deposition before the probe panel said that ‘further investigation should have been made with regard to these references of bookies to players’.

Why did Dhoni play RP Singh in England?

It was during the 2011 tour of England, when left-arm seamer RP Singh, who was recuperating from an injury, suddenly got a call from the Indian team to join the squad. He was as much surprised as the cricket fraternity. RP Singh was told at the very last minute to strip off his training gear, tie his bootlaces and rush onto the field at The Oval to bowl the first over of the final Test.

Every cricket follower was amazed at Dhoni’s choice because this was the same RP Singh, who played his last Test at Motera in 2008. And, the last time he bowled in a first-class match was in the Duleep Trophy for Central Zone versus South Zone, played between January 26 and 29, 2011, in which he got just three wickets in the 522-run defeat.

Dhoni could hardly justify his decision to pull RP Singh out of the cold storage on the basis of delivering 50 overs in 14 IPL matches.

RP Singh’s first six deliveries, spraying onto different places, other than the right areas, gave rise to rumours that there was heavy betting on Dhoni’s choice of the playing eleven before the toss and bookies made a fortune out of this.

(Hakeem Irfan is principal correspondent with DNA. The piece was first published in DNA) 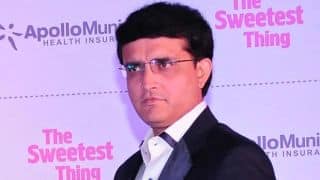