N Srinivasan may continue to harp that Meiyappan has nothing to do with CSK.

The report of the Supreme Court-appointed three-member Mudgal Committee has confirmed beyond doubt that neither the Indian Premier League (IPL) nor its administrators or, for that matter, the people running the game in the country have come clean on a host of issues.

Though Mudgal says that the panel’s brief is only fact-finding in nature and that it is for the Supreme Court to find the guilty and hand out punishment, the 171-page report in two parts has provided ample evidence for the court to take a serious view of the goings on in Indian cricket.

In arriving at its conclusions, the panel met a whole lot of stakeholders — the list is a veritable Who’s Who of Indian cricket and security agencies — and if its hands were not tied, the report would have been more damning.The observations made by the panel were telling and leave no one in doubt about the rot that has set in the sport’s administration.

Surely, the panel would have found much more had its brief not been restricted to going only into the allegations of betting and spot-fixing in the IPL matches and the role of Gurunath Meiyappan, the son-in-law of Indian cricket board chief Narayanaswamy Srinivasan, in betting and spot fixing as part of IPL franchisee Chennai Super Kings (CSK) entourage, and also that of Raj Kundra, part owner of Rajasthan Royals franchise.

Now, after the committee’s conclusions on his son-in-law’s involvement with the Chennai team, can president of the Board of Control for Cricket in India (BCCI) N Srinivasan continue to harp that Meiyappan has nothing to do with Chennai and that he was a mere enthusiast travelling with the team? Also, can he deny that his India Cements is the de facto in charge of not only the Chennai franchise, but also Indian cricket and inter alia everything connected with the game as alleged in the depositions of former board chiefs.

The panel has also brought to light the nexus between administrators, IPL franchise owners and players in the murky dealings, in what Mudgal says an interim report that gives the stakeholders a right to file objections before the apex court.

Without taking any names, the committee has recommended that the proximity between a player and his agent should be clearly demarcated and the two should not be travelling together or staying in the team hotel. It is a fact that the agents are seen closeted with players on international tours, often staying in the same hotel.

In the last 15 years the captains invariably got hooked to an event management company and that encouraged a lot of younger players to flock to that promoter. The panel has now recommended that no captain should get involved with the agent or hold stake in his firm.

What’s most damaging in the report is the suspicion that some international players, too, have access to bookies. Only a thorough probe can get to the root of the allegation.

The depositions and the report at some places make it evident that the committee could not go beyond its remit and yet it dropped enough hints to say that all is not well with Indian cricket. The big-time lawyers will now take over to defend the bigwigs of cricket administration.

Mudgal has helplessly admitted that enacting laws alone will have little effect, unless they are backed by strict implementation. His big hope is the Sports Fraud Bill, which awaits clearance from the union cabinet.

He feels that when the bill becomes an act it can really be deterrent as there is a provision in it to put those convicted behind bars. The Bill provides for a five-year jail and also fine up to five times the amount involved in betting / fixing.

Yes, Mudgal is right-bans alone cannot be the solution, only a fear of life can contain the offenders, it is indeed more frightening than even the fear of God. Still, nothing will completely eliminate the wrongdoers because as just when someone is enacting a stringent law someone else is already working overtime to find loopholes to circumvent it!

As for Meiyappan, the panel found him to be a Chennai team official. The report leaves no one in doubt that he is guilty of acting in violation of the IPL Operational Rules, the IPL Anti-Corruption Code, and the IPL Code of Conduct for Players and Team Officials.

By inference it has been proved beyond doubt tat Srinivasan, India Cements and Chennai officials were nowhere near the truth when they told the panel that Meiyappan had nothing to do with the team. Worse, even India captain Mahendra Singh Dhoni and the IPL Chief Operating Officer have joined the chorus in parroting the untruth before the panel. They have all brought the game into disrepute and that is good enough reason to prosecute them just to send the message loud and clear that no one can go scot-free, howsoever big.

Having said that, is there a case for the gullible players who are forced into wrongdoing by the mafia? There is no escaping once caught in the vice net by the underworld sharks. Lalit Modi, the man who conceived the idea of IPL and made it what it is, says a threat to his life is keeping him away from India and the same fears may have gripped players, too. This angle needs to be probed further.

Again in a typical mafia fashion, the Board is also buying silence from its affiliates by doling out huge amounts in the name of infrastructure subsidy and distributing loaves of office and managerial posts. Most former players are also unconcerned about the happenings in the board as they are grateful for the hefty pensions and other pay-offs they get from time to time.

At least one politician-cricketer and another icon player, who tried to defy the Board, found out that not all can fight the establishment and quickly made peace with the authorities and got their pension and other benefits restored.

Srinivasan has used the same methods to bring the International Cricket Council (ICC) member-boards to heel and made sure that he rules it with an iron-fist in a velvet glove. He knew the Mudgal Report would be out this week and he tied all loose ends over the last weekend to make sure his July ICC coronation date is fixed.

Will he survive the Mudgal report? Doesn’t appear easy, but then law and lawyers have a way of interpreting crime. 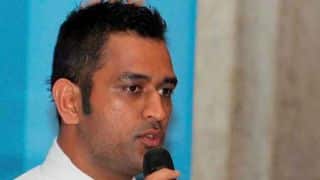 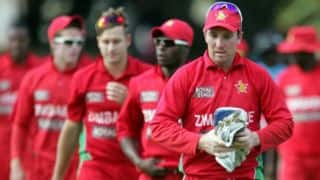