Justin Langer, the 43-year-old cricketer has broken two Guinness World Records — that of facing most deliveries in a minute, and putting on a cricket kit in quickest time — in order to raise funds for his Dry July campaign for SolarisCare.

In the event, people had to pay money in order to bowl to Langer and that was how the funds were raised. The batsman put on a cricket kit in 38.8 seconds, as compared to the previous record of 78 seconds. Langer also faced 23 deliveries in a minute, breaking the record of former England all-rounder Andrew Flintoff who had faced 19 deliveries.

“It’s good to get one over Freddie actually. He gave me more bruises and headaches than most fast bowlers, especially towards the end of my career.”, Langer was quoted as saying by waca.com.au. 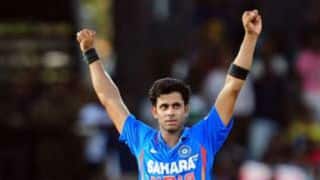