Langer was working as interim coach for Australia's tour of West Indies where they played the home side and South Africa in a tri-series.

Australia’s interim coach Justin Langer, has had a terrific coaching stint with the side after their tour to West Indies ended on a a spectacular winning note. Langer, feels that he would love to have another opportunity to coach the side if given the chance. Although Langer will now hand back control of the side to Darren Lehmann this week, he is very happy to have been part of the winning side and says he is always ready to contribute to Australian cricket. His four weeks in charge have earned him plenty of praises from the players not only for his relaxed approach towards cricket, but towards his life as well. ALSO READ: Australia coach Justin Langer wants to sing ‘Under the Southern Cross I Stand’ once again

When asked about the opportunity to lead the side again in future, Langer said – “”If it comes up down the track, Boof (Lehmann) wants to have another tour off somewhere, I’d love to do it,” as quoted by cricket.com.au. He added –  “I’ve loved it, there’s no doubt. I love, and always have, the Baggy Green cap and playing for Australia, being involved with Australian cricket and singing the song tonight. I just love all that.” ALSO READ: Justin Langer backs Mitchell Marsh to bat higher up the order for Australia in all formats

Langer who is also the current Western Australia and Perth Scorchers mentor however, realizes that his former team-mate is in-charge as of now and he has other duties to look forward to. “But the reality is, it’s not a job (that’s available). And that’s cool because I’ll go back to another great job (coaching Western Australia), which I love. He added – “Life is about timing. I was just lucky to get the timing for this job.”

Langer also revealed that he had very little contact with Lehmann during the tri-series in West Indies. He said – “At first I was a bit worried about that, but then I thought it’s probably just a sign of respect. If I was in the opposite shoes, I wouldn’t want him to think I was hassling him.”

He added – “Boof is an absolute cricket nuffy so he probably wanted to speak to me every day. But he probably thought, ‘I’ll let JL go and do his thing’ and now he can take it over in a few days’ time. “I’m sure we’ll have conversations. He’ll see my written reports and we’ll have a chat. It’s worked out nicely that way.”

Langer who left Barbados after Australia’s series win in the Caribbean to head to the US, will now along with other Australian coaches – including Ryan Harris who had recently retired from Test cricket, do a study tour and visit a number of elite sports clubs and media institutions. He will then come back to Perth and will resume his job as the coach of Western Australia and Perth Scorchers. He was at his philosophical best when asked about what follows now.

He said – “I know how fickle coaching is. Western Australia might be rubbish for the next season and I’ll be a rubbish coach and won’t get an opportunity anyway. That’s OK, that’s the business we’re in.” He added – “I did this for a long time before (this tour) as a player and a coach. The game always surprises you.” 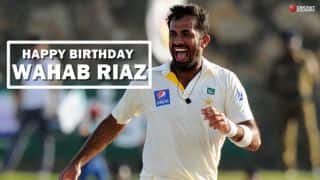 Virat Kohli has a "partner in crime"; off the field though