Former Australian opener Justin Langer is "shattered" at the unfortunate crisis surfacing in the Australian team after Shane Watson and three others were dropped from the squad for the Third Test. 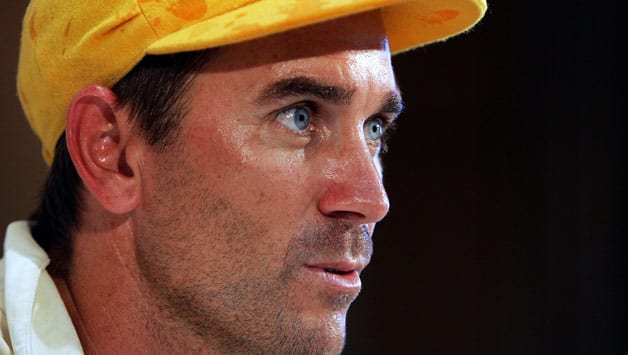 Former Australian opener Justin Langer is “shattered” at the unfortunate crisis surfacing in the Australian team after Shane Watson and three others were dropped from the squad for the Third Test.

Watson along with James Pattinson, Mitchell Johnson and Usman Khawaja were dropped as they failed to submit a review of their performance and how they plan to improve in the remaining matches.

Expressing his disappointment over the issue, Langer said, “I hate gossip and I’d like to hear it from the horse’s mouth – and hopefully I will in the next few days – but if what we’re hearing is exactly right, I’m really shattered for the Australian cricket team.”

Reacting to Watson’s attitude Langer further added, “I came into the West Australian cricket team with this talk of culture and this need to improve culture. Well, I just find that what’s happened overnight and now with Watto [Watson] coming home … Shane Watson is one of the nicest blokes you’ll ever meet in your life, he is a fantastic bloke.

“To see him make a decision like that (returning to Australia), on the back of being left out of the Test match, I just find it really, really disappointing.” A bewildered Watson even contemplated retirement after he left for Australia to be with Lee, his wife who is due to give birth this month.

Langer also criticised skipper Michael Clarke over taking calls in the team selection. “I don’t think that the captain should be a selector,” he said.

Recounting a similar experience of making a tough call, the former Aussie player said, “I’ll give you an example; we made a very tough call a few weeks ago on Marcus North, who’s been a past captain, and Adam Voges and Michael Hussey have been captains of the West Australian cricket team.

“When I spoke to Marcus North, I was able to say that, ‘Just so you know, Adam Voges and Mike Hussey, who are good friends of yours, have fought very hard to keep you in the team and I’d expect nothing less from them’.

“I’d do the same for Matthew Hayden or Damien Martyn or Ricky Ponting, I’d expect nothing less. But, if they were selectors, then it’s very hard to be able to say that,” Langer was quoted as saying by News.com

Referring to some of the past Australian captains like Steve Waugh, Allan Border and Ricky Ponting, Langer said that, they never interfered in selection and that’s how the captain should be in any cricket team.