Cricket Australia (CA) are still coming out of the ball tampering fiasco that hit Australia cricket during their South Africa tour. New coach Justin Langer has now come out to defend Cameron Bancroft s actions, admitting that he would have done the same if instructions came from senior cricketers of the side. Langer was Bancroft s coach at Western Australia. However, he maintained that a similar incident would not have happened in the Allan Border-Bobby Simpson era.

Speaking to Channel Nine, Langer said: “If Allan Border had asked me to tamper with the ball I would’ve. I would’ve because I would be too scared not to. The difference is Allan Border would never have asked me and Bobby Simpson would’ve killed me. “He would’ve killed anyone who brought the game into disrepute. What I can’t believe is that Cameron Bancroft walked into the Australian cricket team and he was in a position where he made that decision.”

Langer also praised the atmosphere in the Australian dressing-room in the 1990s: “I walked into this Australian cricket change-room with Allan Border, Steve Waugh, David Boon and Ian Healy and Bobby Simpson leading it. You couldn’t help but become a better person and a better cricketer because mate, that was a serious changeroom.”

Bancroft was handed a nine-month ban for his role in ball tampering scandal. Steven Smith and David Warner were given one-year bans from international cricket. Speaking about the added, Langer said: “If we can keep mentoring them and helping them, and they want to keep getting better and meet the standards of the Australian cricket team, then, of course, they’ll be welcome back.” 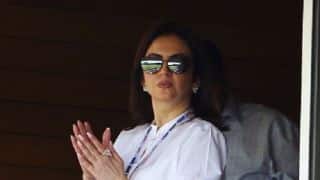