Mpofu has been part of the legal team who overturned the rape conviction of Makhaya Ntini.

Although Kagiso Rabada was the match-winner for South Africa in the second Test against Australia, all did not end well for aggressive pacer, who claimed 11 wickets in the Test. Rabada was slapped with level-two offence for brushing Steven Smith s shoulder after dismissing the Australian captain. A repeated offender, Rabada had gained enough demerit points as ICC handed him two-match suspension. Match referee Jeff Crowe found Rabada guilty for the incident and for deliberate shoulder barging. However, Rabada decided to appeal against the charges.

A judicial commissioner is yet to be appointed for the case and due date is to be announced as well. In the meantime, Rabada will remain banned until Crowe’s verdict is ratified at the hearing. For this purpose, South Africa have announced a high-profile advocate to fight Rabada s case Dali Mpofu.

Mpofu has been part of the legal team who overturned the rape conviction of Makhaya Ntini. He has also represented victims of the Marikana Massacre in 2012 and has worked on a number of high-profile cases.

He is also the chairperson of the socialist party Economic Freedom Fighters. Speaking on Rabada s case, Mpofu told The Times: I do believe this is an important case for all South Africans and has implications for our shared project of nation-building. We should all wish Kagiso luck for Monday.

South Africa would be heading into the third Test without Rabada and Dale Steyn. 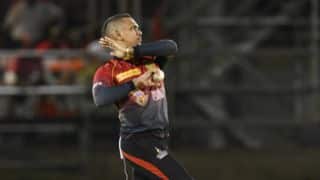 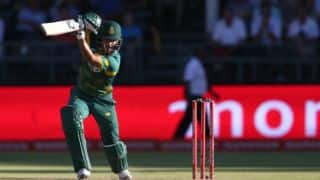