After picking 5 wickets in the match against India, South Africa s fast bowler Kagiso Rabada has now claimed the No.1 spot in ICC Test Rankings. With this Rabada (888) has now dethroned England s James Anderson (887) in the process. Anderson dropped 5 points after picking a solitary wicket in the fifth Ashes Test.

Speaking about him displacing Anderson, Rabada said: “It’s special to be ranked as the No.1 Test bowler in the world. It is a surreal feeling. It’s what you dream of achieving when you start playing the game.”

As reported by ESPNcricinfo, he thanked his team and well-wishers. He said: “Cricket is ultimately a team sport and I’m thankful for the support from my team-mates. It’s a great start to the year personally and for us as a team, hopefully we can continue putting in winning performances.”

Man of the match from Cape Town Test, Vernon Philander jumped from 12th position to sixth.

In terms of batting rankings, Steven Smith continues to lead the pack, while Joe Root has jumped to the second position after his 83-run knock in Sydney Test. India s Virat Kohli and Cheteshwar Pujara dropped to third and fifth positions. 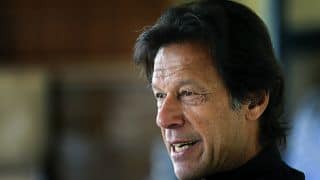 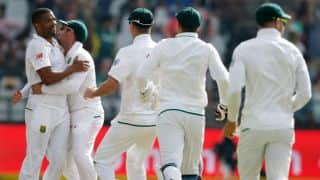