South African fast bowler Kagiso Rabada is glad that he has finally broken the jinx and taken a five-wicket haul (5/34) in 33 innings since March 2018.

Gros Islet (St. Lucia): South African fast bowler Kagiso Rabada is glad that he has finally broken the jinx and taken a five-wicket haul (5/34) in 33 innings since March 2018.

The 26-year-old bowler ripped through the West Indies batting line-up in their second innings of the first Test, finishing the match within three days and helping the Proteas take an unassailable lead in the two-Test series with an innings and 63-run win on Saturday.

“You measure the highest accolades in cricket by scoring hundreds and taking five-fors and ten-fors,” Rabada said after the match.

“It’s something you always strive to do. Unfortunately, it hasn’t happened for me in recent years but I’m glad that’s happened today. The only thing you can judge yourself on is being consistent in your preparation. It’s like scoring a hundred. Who wouldn’t be happy with scoring a hundred? I am really glad about the performance I put in,” Rabada, for whom this was his 10th five-wicket haul in Tests, told cricinfo.com.

Rabada also praised his new-ball partner Lungi Ngidi, who took 5/19 in the first innings to record his second five-for in Test cricket and first since his debut in January 2018.

“Lungi bowled extremely well, right from the training camp that we held in Centurion (before travelling to the West Indies). He had the ball on a string. He was bowling really good lines and lengths. His wrist was in a good position and he just seemed extremely determined. We are looking for that same intensity as a team through the coming years,” said Rabada. 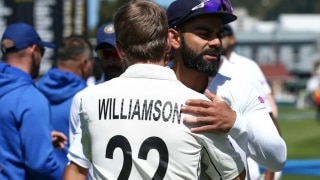 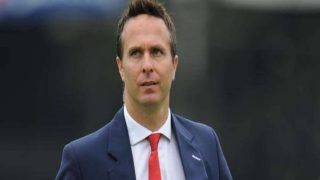 Ashes Will Be Tough With Fragile England Batting: Michael Vaughan