Kagiso Rabada has insisted that his side will not be deterred despite seeing a strong presence of the Barmy Army against England.

Johannesburg: South Africa fast bowler Kagiso Rabada has insisted that his side will not be deterred despite seeing a strong presence of the Barmy Army in the ongoing Test series against England. England received a solid away support at both the Kingsmead and the Newlands, with the opening Test match almost confusing the audience whether there were more South Africans or Englishmen in the crowd. Rabada, who claimed three wickets during England’s first innings score of 317-5 on Saturday, claimed that he hadn’t really felt the presence of the Barmy Army too much, insisting that he felt like playing at home despite seeing many away supporters, Sport24 reported. South Africa are trailing the four-match series 0-1 after losing the opening Test by 241 runs in Durban. Scorecard: South Africa vs England 2015-16, 2nd Test at Cape Town

Earlier, Rabada was named the ‘Newcomer of the Year’ at South Africa’s annual Sports Awards. Rabada, a pacer bowler, has shown his mettle in the ongoing tour of India after making his debut for the Proteas at the tender age of 19 last year. His One-Day International (ODI) debut came against Bangladesh at Mirpur where his figures of 6/16 were the world’s best ever by a debutant and the best ever for the Proteas, beating Makhaya Ntini’s 6/22 against Australia. Rabada was also only the second player to take a hat-trick on debut. He has since made his Test debut and has thus represented the Proteas in all three formats by the age of 20, reported PTI. Kagiso Rabada named ‘Newcomer of the Year’ at South Africa’s annual sports awards 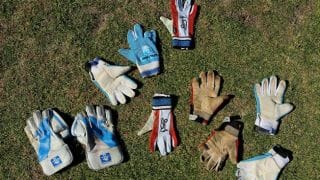 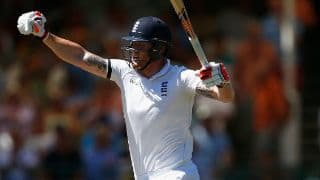