India's bowlers were taken to the cleaners by Colin Ingram (78) and Jacques Kallis (61) as South Africa piled up an imposing 219 for four in the one-off Twenty20 match on Friday. 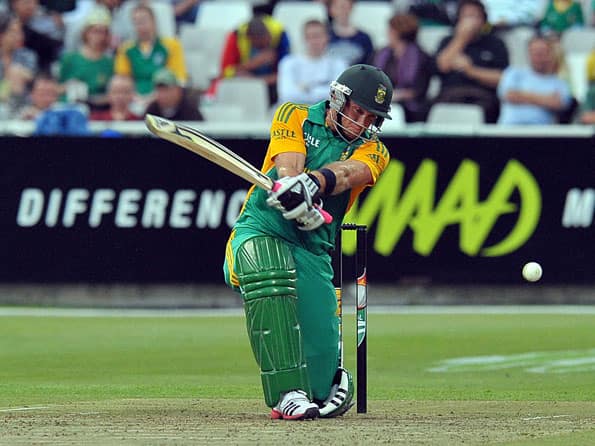 India’s bowlers were taken to the cleaners by Colin Ingram (78) and Jacques Kallis (61) as South Africa piled up an imposing 219 for four in the one-off Twenty20 match on Friday.

Electing to bowl, Mahendra Singh Dhoni’s men found themselves at the receiving end of the Proteas’ onslaught as Ingram and Kallis added 119 runs for the second wicket in just 13.2 overs at the New Wanderers Stadium.

Albie Morkel led with a three-ball 16 to provide the late flourish while Justin Ontong slammed 22 off seven balls.

So harsh was the onslaught that South Africa were past the 100 by the 12th over, with the 200 coming in the last over of the innings bowled by Suresh Raina, thanks to some prolonged power hitting.

Richard Levi got South Africa off to a brisk start, hitting seamers Praveen Kumar and Irfan Pathan for two boundaries each in the first two overs.

Pathan fought back with the wicket of Levi, getting the batsman to offer an outside edge to first slip.

The setback had no effect on the South Africans who rode on Kallis and Ingram’s big hitting abilities to put the Indians on the backfoot.

While the big shots came in a barrage, the one that stood out was the Kallis’ towering six off Yusuf Pathan.

The off-spinner who was preferred over Ravindra Jadega, tossed one up for Kallis who took a few paces forward to loft it over long-on.

Ingram was not far behind, matching his senior partner stroke for stroke.

The left-hander swung Ashwin over deep midwicket for a huge six after the bowler dropped it a fraction short.

It was then Rohit Sharma’s turn to taste the music as Kallis rocked back to hit the part-time spinner delivery back over deep midwicket for the maximum.

South Africa have handed debuts to Farhaan Behardian and Dane Vilas while Robin Uthappa returned to side for India.

West Indies win toss, to bat against Australia in the second T20