South Africa headed to India on Tuesday with public and media expectations lower than in previous tournaments where the Proteas reached the semi-finals three times and the quarter-finals once in five appearances. 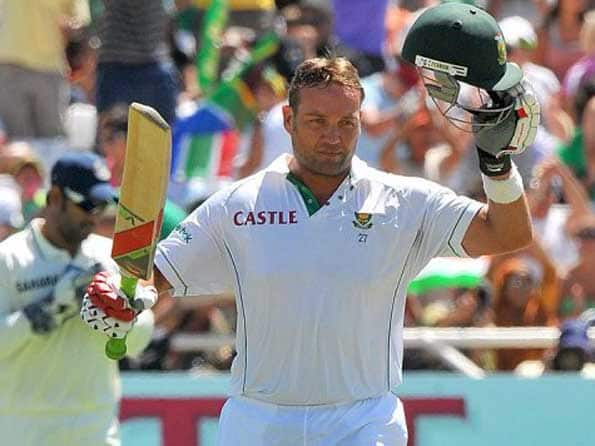 Star South Africa all-rounder Jacques Kallis may only bat in a World Cup warm-up against Zimbabwe in India on Saturday as he recovers from a rib injury.

Team officials said caution was the key word despite assurances from the veteran that he was fit and raring to go after being injured last month in the drawn Test against India at Newlands.

Fast bowler Dale Steyn — ranked number one in the world at Test level — confirmed he was “good” after being involved in a Cape Town hit-and-run car accident last weekend.

South Africa headed to India on Tuesday with public and media expectations lower than in previous tournaments where the Proteas reached the semi-finals three times and the quarter-finals once in five appearances.

Ironically, the worst showing was in 2003 when they hosted the quadrennial cricket showcase and made a humiliating first round exit afer getting their sums wrong in a run chase against Sri Lanka.

Captain Graeme Smith, who stands down as one-day skipper after the World Cup, believes “really good bonding sessions” could take his team to a first International Cricket Council tournament triumph.

While he detests the “choker” tag placed on his team, they have repeatedly failed when it comes to the crunch, most recently as 2009 Champions Trophy hosts when the Proteas did not get past the first round.

“That is the nature of knockout tournaments, that is what makes them so tough and exciting. The stakes are always so high. Pressure is part of your life as an international sportsman and you learn to deal with it,” Smith said.

“This team is in a good space and we are looking forward to getting going, getting some good results and on to a roll. There are some exciting things to come from this team,” he added.

“We have had some good chats among ourselves. We are as well prepared as we can be for this tournament,” Smith said of the February 19 to April 2 championship being co-hosted by India, Bangladesh and Sri Lanka.

Coach Corrie van Zyl said, “We hope to do the country proud. We have been preparing for a year for our opening match against the West Indies. I believe we have a very good squad and lots of options.”

“We want to focus on the World Cup one day at a time rather than getting ahead of ourselves and thinking about the quarter-finals or semi-finals. We will just concentrate on what we are doing right now.”

Test nations Bangladesh, England and India and qualifiers Ireland and the Netherlands complete the mini-league with the top four teams advancing to the knockout phase.

The importance Eoin Morgan brings to the English side