Teen pacer Kamlesh Nagarkoti has made a comeback to the Indian Emerging Team for the Asia Cup, the BCCI announced on Monday. The 19-year-old, who has been out of action owing to a persisting back injury that kept him out of this year s Indian Premier League (IPL) as well, has been declared fit.

The Junior Selection committee chaired by Aashish Kapoor met to pick the team for the tournament which is scheduled to be held in Bangladesh in November this year.

The Rajasthan player, who plays for Kolkata Knight Riders, last played domestic cricket in the Vijay Hazare in February 2018 against Tamil Nadu. 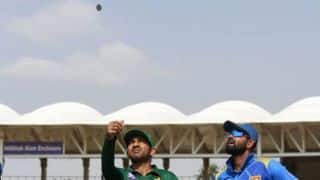