Pakistan wicket-keeper Kamran Akmal feels that ODI and T20 cricket should be about specialists' than utility players.

Karachi: Pakistan‘s discarded stumper Kamran Akmal believes teams these days are laying too much emphasis on utility players and allrounders in limited overs cricket, bringing down the overall quality of the sport. “The last proper allrounder in Pakistan cricket in my personal opinion was Abdul Razzaq. Nowadays we hear about batting allrounders or bowling allrounders. To my mind an allrounder means someone who is a good overall performer,” Akmal said in an interview. Akmal, who scored 11 centuries in Test and one-day cricket, said he still believed that Pakistan needed to stress on specialisation even in ODI and T20 cricket.  FULL SCORECARD: New Zealand vs Pakistan 1st T20I at Auckland

“I think even now with new shots being invented and the rate of scoring going up dramatically the best bet is to play five specialist bowlers in limited overs cricket,” Akmal said. The elder of the Akmal brothers, who last played a Test in 2010 and represented Pakistan in the World T20 in 2014, urged teams to go for specialised players. “The trend these days, even in Pakistan cricket, is to give preference to utility players over specialists and I don’t think it has worked for us,” he added. ALSO READ: New Zealand vs Pakistan 2015-16: Waqar Younis hosts will make strong comeback in second T20

Akmal conceded that cricket had undergone changes in recent times. “I learnt playing under Inzamam-ul-Haq and other senior players. I learnt the importance of trying to achieve excellence as a professional player.” Akmal, who turned 34 this week and has been out of favour with the selectors since the last two years, said he had still not given up hope to play for Pakistan again.

“My job is to train hard and perform in domestic cricket all the time. In Pakistan cricket you never know when you might get a breakthrough,” he stated. “I try to stay away from things that don’t concern me. I just like to play in domestic cricket and keep doing well,” he concluded. 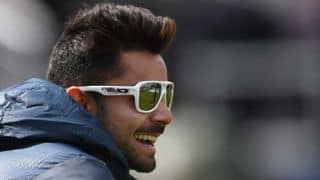