Richardson, though believes has very little scope to get through to the Test side at the current scenario, wants to concentrate on preparing for the longest format of the game.

While most of the cricketers are eager to bag a lump sum contract for IPL 2018, Kane Richardson preferred to go the other way, opting out of the tournament. Richardson, though believes has very little scope to get through to the Test side at the current scenario, wants to concentrate on preparing for the longest format of the game.

“It’s a hard decision because of the financial rewards. Not a lot of guys do it. I’ve put in a little bit more of a goal to play more Shield cricket and I thought if I play upwards of seven Shield games, the body is going to need a fair bit of a rest. I experienced it (the IPL) as a young bloke and made a little bit of money over there so that makes it easier having had that happen. I’m still only 27 next so hopefully I can get over there a few more times,” Richardson told cricket.com.au.

“I’m still a long way away from playing Test cricket but it’s still a goal to play. Whether or not (missing) the IPL helps that, I’m not sure. I’m pretty big on giving the body a rest and building back up through the preseason in Adelaide and hopefully playing more cricket throughout our home summer,” he added.

Also, Richardson has another personal reason to let this opportunity go.

“I’m actually getting married in April. A bit of pressure to stay at home this year,” he revealed. 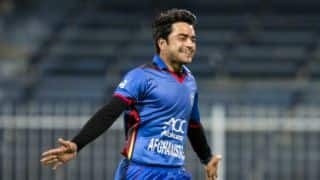