Kane Williamson became the first cricketer to score a hundred in Tests in 2021. The New Zealand skipper hit a classy 112* off 175 balls at Christchurch on Monday during day two of the second Test against Pakistan. His 24th Test ton was laced with 16 boundaries.

Initially, on day two, he took his time after the hosts lost Tom Bundell early for 16. Williamson – showed his temperament against a formidable Pakistani pace-bowling unit – who had reduced the hosts to 76 for 3.

Once he settled in and got to fifty, he took merely 35 balls after that to reach the three-figure-mark. That was the kind of dominance he showed with the bat to take the sting out of the Pakistan unit. The NZ skipper stitched a 215-run unbeaten partnership with Henrey Nicholls.

Chances were created by Pakistan but they did not grab on to them and hence paid heavily. Mohammad Rizwan dropped a sitter with the gloves and that almost summed up Pakistan’s woes on day two.

Williamson, Nicholls remained unbeaten at stumps as NZ trail by 11 runs and have seven wickets in hand. The hosts are in total control of the game after having opted to bowl first on day one.

The NZ skipper has been in ominous form this summer, having scored a century in every game – with scores of 251, 129, and the 112 not out on Monday.

He would like to help the hosts take a sizeable lead and put pressure on the tourists in the second essay. The first hour on day three would be testing for him. 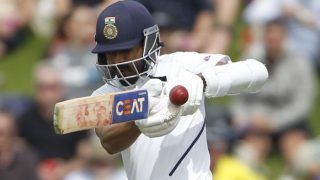 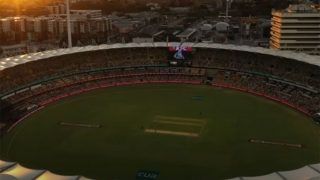