Kane Williamson praised his New Zealand boys for putting up an incredible performance in the series against India.

India had to play out their skin to tame New Zealand in the third and final ODI at the Green Park Stadium in Kanpur. A hard fought win saw India clinch the series 2-1. However, the visitors made the hosts play their best cricket. Tom Latham’s gritty half-century went in vain the moment India’s death bowlers Bhuvneshwar Kumar and Jasprit Bumrah came into attack. New Zealand skipper Kane Williamson praised his boys for putting up an incredible performance in the series. However, he claimed India as the better side. India managed to sneak through by a whisker opined Williamson.

“It was a fantastic series, some great cricket played and in good series. Credit to Kohli and team, they were the better team, although by just a little bit. Losing from this close is frustrating, but there are good signs. The surface was good throughout, and the team that played better on that day won the games in this series. But against these guys, you have to be at your best to cross the line.”

“Our middle order stood out. Tom Latham batted with such clarity, adapted and did the role so well. Henry Nicholls too, Ross batted well. Our seamers did well under difficult conditions. India played better cricket, and they deserve the win. Santner’s a pretty good spinner, so it’s a tough decision taking two specialist spinners,” said Williamson during the post-match presentation ceremony, as reported by PTI. 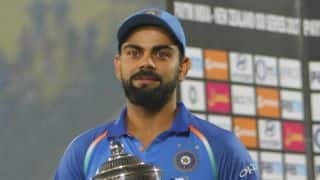 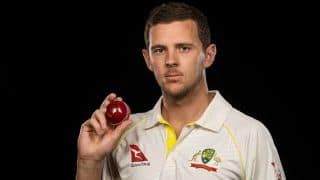