Kane Williamson Opens up About His Bromance With Virat Kohli, Says Fortunate to Have Played Cricket Alongside India Captain

Kane Williamson Opens up About His Bromance With Virat Kohli, Says Fortunate to Have Played Cricket Alongs

Williamson said he and Kohli share some common ground despite having different personalities on field.

Hailed as two of the best batsmen of the modern era – Virat Kohli and Kane Williamson seem to share a great camaraderie with each other despite their on-field rivalry and tussle to become the best. New Zealand skipper Williamson holds his Indian counterpart in high regard and considers himself ‘fortunate’ to have played the game alongside Kohli.

Both Williamson and Kohli know each other from the U19 days and led their respective sides in the 2008 ICC U19 World Cup in Malaysia. The tournament was won by Kohli’s boys who defeated Williamson’s Black Caps in the semifinal and outplayed South Africa in the final to script history. “Yes, we are fortunate to play against each other. It has been great to meet at a young age and follow his progress as well as his journey,” Williamson said on Star Sports show Cricket Connected.

“It’s been interesting, we’ve had to play against each other for a long period of time,” he said.

Williamson, who led New Zealand to the 2019 ICC World Cup final, said he and Kohli have shared honest opinions about the game over the last few years.

“But actually, probably over the last few years we just shared our views on the game, some honest thoughts and found some common grounds despite, perhaps, playing the game little bit differently in terms of physically and maybe our on-field characters I suppose,” added Williamson.

During India’s tour of New Zealand earlier this year, Kohli and Williamson were seen having a good time sitting at the boundary line when the two skippers did not play the 5th T20I. India had already taken a 4-0 lead in the series by then and both the captains were rested for the dead rubber.

Opening up on their conversation on the sidelines of that game, Kohli said, “Kane and I have similar mindsets, similar philosophies. It is amazing that despite being from different parts of the world, we have similar thinking and we speak the same language.” 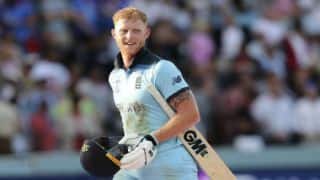