Mumbai: Rashid Khan is right up there with top spinners in world cricket, his skipper Kane Williamson said eulogising the Afghanistan’s teen sensation, who is bracing up for the challenge of Test cricket after an extremely successful IPL stint. With 21 wickets in 17 matches at an average of 21.8, the 19-year-old emerged as the second-highest wicket-taker behind Australia’s Andrew Tye (24) in the just-concluded IPL.

The leg-spinner is set to feature in Afghanistan’s historic Test debut against hosts India  in Bengaluru next month. “He’s a world class player. We have seen that in this format but it’s great that he’s going to play some Test cricket. It is a challenge for anyone but an enjoyable challenge because he’s up there with the top spinners in the game,” Williamson said after his side lost IPL title clash to Chennai Super Kings.

Williamson is looking forward to bat against Rashid in international cricket and termed the leg-break bowler a complete package.

“It’s always a pleasure to face him at the nets and against him as well in the near future. A very very good bowler but like you said, if the wicket’s responding, like any spinner that offers him a bit more. But, fantastic bowler. The full package Rashid is, it is great to have him in the side and he had a brilliant year,” Williamson signed off. 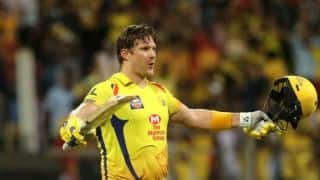 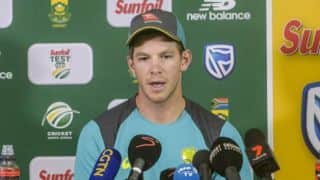