Kapil Dev, known for his on-field heroics for India,was quite a naughty child. In a recent visit to Chandigarh, Dev reminisced about his school days and how he still cherishes the time spent with his friends. According to a report published in aajtak.intoday.in, Kapil said how he bunked school to watch movies.

The 1983 World Cup-winning skipper confessed his love for movies and claimed that he was too good at not getting caught. Talking about Chandigarh, Dev said that the city holds a special place in his heart and that he comes to city whenever he feels like. Dev, who once had a hotel in Chandigarh, said that his shifting to Delhi was the main reason of the premises shutting down. 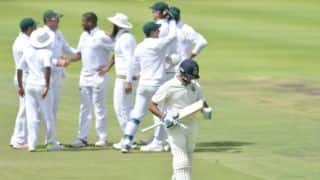