Bumrah, after finishing with a rich haul of wickets during India's West Indies tour, missed the home Tests against South Africa and Bangladesh after suffering a lower back stress injury. Former India captain Kapil Dev believes that the world’s number one ODI bowler – Jasprit Bumrah will find it hard to survive the workload of international cricket and will attract more injuries due to his bowling action. Dev feels Bumrah’s unusual bowling action has made him more prone to injuries as tends to use his arm more than the body.

The 1983 World Cup-winning skipper however thrown his weight behind Bumrah’s compatriot – Bhuvneshwar Kumar, who Kapil thinks to have more smooth and technically sound action. He feels Bhuvi has all the traits to last longer in international routine. “…if your bowling action is technically sound you make a bigger impact. See what happened to Bumrah, his action attracts injuries. He uses his arm more than body, so that can be a problem. A bowler like Bhuvneshwar will last longer because he uses his body,” he said in an interview with Sportstar.

After a brilliant show in the ICC Cricket World Cup 2019, Bumrah produced a sublime performance in the two-match Test rubber against West Indies. He picked up 18 wickets in the quadrennial tournament and finished with 13 wickets in the Test series.

However, the 25-year-old pacer missed the home Tests against South Africa and Bangladesh after suffering a lower back stress injury.

Apart from Bumrah’s action, the former India all-rounder spoke on a wide range of topics and stressed on the importance of technique for bowlers saying a sound technique will help create ‘bigger impact’.

“Take the example of Bishan Bedi. He was a body bowler, not an arm bowler like most spinners or wrist bowlers. He was technically the best spin bowler because he bowled with the body. Look at Gavaskar as a batsman technically flawless. Even today, at 70, give him a bat and he will come out technically very sound. But if a batsman is an ‘eye player’ he is more enjoyable to watch. Like Virender Sehwag, (GR) Viswanath. Take Sachin Tendulkar. He could have played for another five years because he was technically sound,” the 60-year-old explained.

The legendary all-rounder also shed light on his successors and singled out Javagal Srinath and Zaheer Khan for top praise.

“Javagal Srinath was one of the best bowlers we had,” he said. “I would say Zaheer Khan was outstanding too, with a very simple action. Zaheer came closest to becoming another [former New Zealand pacer] Richard Hadlee. His [Zaheer’s] action was very uncomplicated. Srinath had genuine pace.”

He added, “But, he [Srinath] looked to take wickets with the short ball. In Australia, you get wickets when you pitch the ball up. Unfortunately, Indian bowlers tend to bowl short in Australia because they get carried away after seeing the bounce. In the process they forget line and length.” 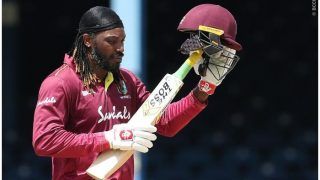