Two-time European tour winner SSP Chowrasia will also be one of the highlights of the tournament.

Kapil and his teammate Deepak Gupta, a six-handicap player from Noida Golf Club, will tee off at the two-day regional round which will be played at the Jaypee Greens Golf Club, Noida on April 10 and 11 for a spot in the national finals of the World Corporate Golf Challenge to be held at Kuala Lumpur, Malaysia in May 2015.

Two-time European tour winner SSP Chowrasia will also be one of the highlights of the tournament.

Returning are last years’ world challenge final runners-up Kulvinder Singh, (handicap 11) and Capt Kamaljit Singh Cheema (handicap 8) of team Jet Airways who will look to give Kapil’s team a run for their money.

Nearly 200 golfers will compete on both days, representing different teams and the top two teams from each day enter the national finals, where they will match their skills with 8 teams from other cities for the opportunity to represent India at the World Finals to be held at the Oitavos Dunes Golf Course in Cascais, Portugal in July.

With support from Take Solutions since 2005, the tournament has established itself as a platform for corporate golfers to showcase their skills and compete with the best golfers from India and around the world.

This is the second qualifier of the 10th edition while the first regional qualifier was held at Eagleton Golf Course, Bengaluru in March. The third regional qualifer will be held at Oxford Golf & Country Club, Pune on April 18th & 19th 2015. 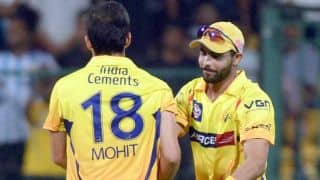