PV Shashikanth and GK Anil Kumar will take over the duties from one of the most successful pairs in the post, J Arunkumar and Mansur Ali Khan.

Karnataka State Cricket Association (KSCA) named former batsman PV Shashikanth as team s coach on Saturday. KSCA also appointed GK Anil Kumar, another former cricketer of the state, as the assistant coach. The two will take over the duties from one of the most successful pairs in the post, J Arunkumar and Mansur Ali Khan. The decision in known to have been taken unanimously by the managing committee of KSCA. Both are well-known faces in the Indian domestic arena; with Arunkumar serving as the batting coach of Indian Premier League (IPL) franchise Kings XI Punjab (KXIP) currently. Both Shashikanth and Arunkumar have represented Karnataka in First-Class cricket.

As reported by ESPNCricinfo, a KSCA statement read, They (Shashikanth and Anil Kumar) have been coaches of various age groups of the state for more than a decade. The KSCA also acknowledges the contribution of the former coaches Mr J Arun Kumar and Mansoor Ali Khan for their stint as coaches of the senior state team for the last five seasons.” Anil Kumar has played five First-Class matches for Karnataka, scoring 64 runs at an average of 10.66. He has also played in 5 List A match and has 158 runs including two half-centuries at an average of 52.66.

Karnataka reached the quarter-final of Ranji Trophy 2016-17 and had a good run in the inter-zonal T20 tournament, topping the south zone table. 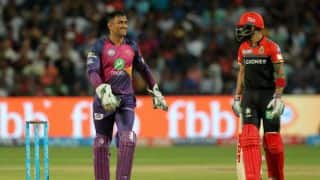