KPL is a domestic T20 league, which was started by the KSCA.

Karnataka Premier League (KPL) is a domestic T20 league, which was started by the Karnataka State Cricket Association (KSCA). Eight teams are participating in this year’s edition and the format is like the Indian Premier League (IPL). Each team will play each other once and based on their points, the top four teams of the points table will qualify for the semi-finals. Some of Karnataka’s renowned players like Vinay Kumar, Robin Uthappa, Manish Pandey, Abhimanyu Mithun etc are playing this league. Mantri Developers have the right the host the tournament for a period of five years. Mantri are real estate developers, based out of Bangalore. Matches are being held at KSCA ground at Hubli and Srikantadatta Narasimha Raja Wadiyar Ground at Mysore.

The Belagavi Panthers are leading the table at this moment. Bijapur Bulls, Hubli Tigers and Mangalore United are at No. 2, 3, 4 respectively. This season the Namma Shivamogga made their debut in the tournament and the Stuart Binny-led team has had a good run so far in the tournament, before being knocked out. The defending champions, Mangalore United, did not have a good run initially, but made up for it to book their spot in the knockout round. At the bottom of the table is the actor turn cricketer Sudeep-led team Rock Stars. 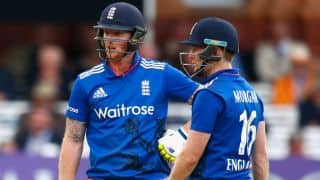