The team will be led by Vinay Kumar.

With the Round 1 of Ranji Trophy 2017-18 already underway, Karnataka announced their 16-member squad. This time Karnataka will be without the services of their big guns KL Rahul, Manish Pandey and Karun Nair. Where Rahul and Pandey are busy serving for their national side in the three-match T20I series against Australia, Nair will be seen be playing the practice matches against New Zealand representing Board President XI.

Rahul and Pandey s absence could be extended as India are set to play against New Zealand, Sri Lanka in the next two months. Nair too is in the selections radar. Robin Uthappa too has moved to Uttar Pradesh. Speaking on these changes and the challenges ahead, coach PV Shashikanth told Cricbuzz about the young players who can fill the void, We have worked on the second batting line-up. Uthappa s absence will be hugely felt but players like Pavan Deshpande, Reddy and Kaunain Abbas have to take up the responsibility in the middle order. Mayank Agarwal and R Samarth can play a big role in the batting department.

However, they have the services of the Abhishek Reddy in their side. Reddy had missed the 2016-17 season after suffering a career-threatening anterior ligament injury during the KPL 2016. Reddy makes his entry into the squad after slamming an unbeaten double-century in the Safi Darashh tournament in July. He continued his stupendous form for KSCA XI in Dr Thimmappaiah All-India tournament.

The team will be led by Vinay Kumar. Wicketkeeper Sharath Srinivas is the only new name in the side. 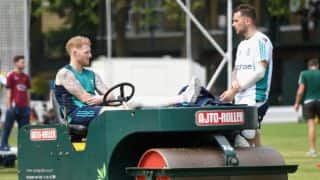