Jadhav revealed that he suffered the injury on the same muscle for the third time.

India all-rounder Kedar Jadhav, who underwent a surgery after suffering a hamstring injury during the IPL, today said he would start playing in another two to three weeks time.

Playing for Chennai Super Kings, Jadhav got injured in the opening game of this year’s IPL against Mumbai Indians on April 7, which ruled him out of the lucrative event. He later underwent a surgery in Melbourne.

“Rehab (rehabilitation) is good. Another maximum two-three weeks and I will be fit and start playing. I am allowed to bat now also, but because of rain, I am not able to. In two weeks I will start playing,” Jadhav told reporters during a promotional event.

“I am recovering faster than expectation, so I am happy,” the 33-year-old Maharashtra cricketer said.

Jadhav revealed that he suffered the injury on the same muscle for the third time.

“Yes it was a recurrent injury. Almost the third time, the same muscle was injured. I got injured first in December against Sri Lanka in Dharamshala, then in South Africa in the third ODI and then again in IPL,” he said.

“So when it (the injury) happens again and again, you have to find a confirm solution. The physios and doctors in India then decided that surgery will give me better option to play for longer duration.”

Jadhav said he was disappointed that he missed the ongoing tour of England and the IPL.

The right-handed batsman admitted that it was difficult to get over the injury period.

“I will say it was a difficult three month period, but I feel I understood the importance of fitness,” added Jadhav, who has played 40 ODIs so far.

“Injuries are a part of the game and we can’t do anything. Overall I gained knowledge about my body,” he said.

Jadhav also said that he got the support of skipper Virat Kohli during this difficult phase..

“Not only this period, but since the time I have joined the team, his (Kohli’s) support is there. I remember when I first got selected in the India team, he (Kohli) had gifted me a Blackberry phone.

“So Virat is always encouraging youngsters as a leader and off the field he is a loving and caring person,” he said 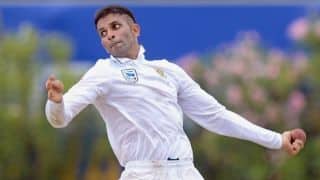 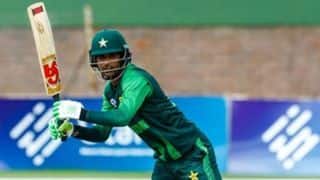 Zimbabwe vs Pakistan: Twitter hails 'The Fakhar of Pakistan'